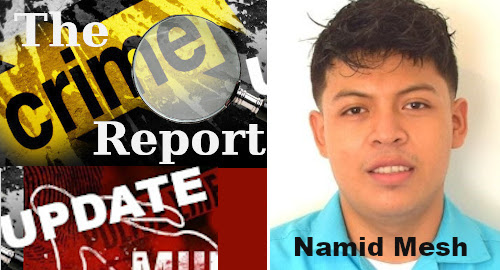 On the night of Thursday December 23rd. a murder occurred in the village of Seine Bight, Stann Creek District. The victim has been identified as 23yr-old Namid Mesh.

He was reportedly stabbed multiple times by the former boyfriend of Linda Vigil, who was dating Namid. Police say that Jorge Triminio showed up at the home of Linda Vigil Thursday night and an argument between Namin and Jorge Triminio escalated to the fatal stabbing of Namid.

Jorge Triminio and Namid Mesh were both employees of NIAI Resort, which is also on the Placencia Peninsular.

On the day after the incident, the resort placed a post on its Facebook page expressing sadness over the incident and said ‘Namid Mesh’ will be remembered as a dedicated employee of the resort.

The tragedy may have been averted, because the woman in the middle of the lovers-triangle ‘Linda Vigil’ reportedly walked to the police station after Triminio arrived at the home where he once visited. Linda Virgil told police investigators that there was no police at the station when she went seeking help.

Triminio has since been arrested and charged for the murder of Namid Mesh.

The commissioner of police has said that an investigation will be done to ascertain why there was no officer at that police post.