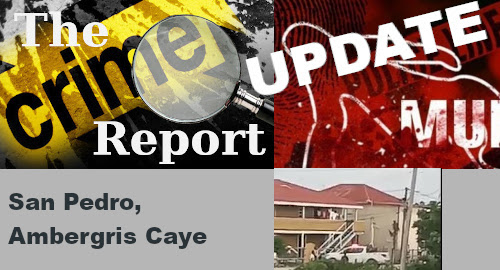 On Saturday (Dec. 11th. afternoon ) 35 yr-old Hilberto Caliz was fatally shot on the island near an apartment complex in the San Pedrito area of the Island.
The video below shows police outside the building shortly after the incident occurred.

OFFICIAL POLICE REPORT ON SHOOTING OF HILBERTO CALIZ
Police were dispatched to an unnamed street in San Pedrito Area, where they observed the motionless body of a Hispanic male person lying on the street with apparent gunshot wounds to the body. He was identified as Hilberto Sajid Caliz, 35 yrs. Belizean Carpenter of San Pedrito Area.

Initial investigation revealed that about 5:00 pm, Hilberto was riding his bicycle from work and while riding in the first street of the San Pedrito Area he was chased by a Hispanic male person who fired several shots at him fatally wounding him. Police has since detained one person pending investigation.