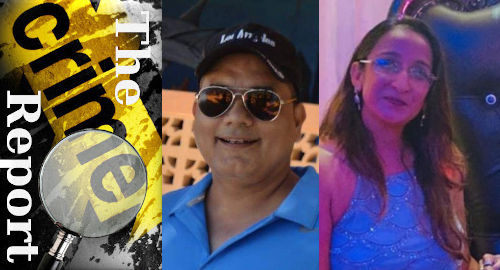 An Indian businessman and his wife were shot sometime around 8pm. Thursday night. 50yr-old Anil Asnani and his wife Manisha Asnani, both of 3 1/2 miles Philip Goldson Highway were shot as the were walking to their car after leaving ‘Sumathi Restaurant’ on Baymen Av.

Initial reports indicate that the shooters were on bicycle and may have attempted to rob the couple. Anil was shot to the head and reportedly died on the scene, his wife ‘Manisha’ is reportedly to be in stable condition.

The well-known couple operates a clothing and appliance store in the old ‘Valencia Building’ at the corner of Church & Albert street.