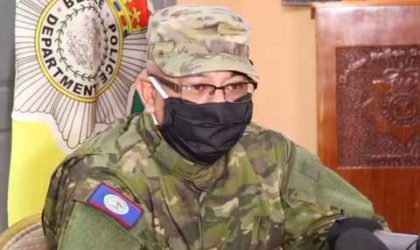 Just a few days after the landing of a ‘Drug Plane’ on the Southern Highway on the night of Thursday November 4th. the Belize Police Department has indicated the voluntary re-shuffle of the ‘Special Strike Team’ within the BPD, and that members of the ‘Strike Team’ has been transferred to various section of the BPD.

According to the Commissioner of Police the re-assignment of all members of that team is necessary so that the investigation into how so many police officers were involved in the landing of the plane.

ASP Marco Vidal is not under investigation for the landing of the drug plane, which contained approximately 25 bales of suspected cocaine.; each weighing approximately 30-50 pounds.

Vidal has told the press that he feels ‘Betrayed’, that members of his team were involved.