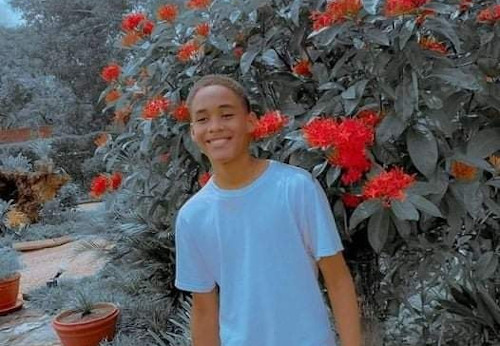 UPDATE July 16th. 3pm.
On Thursday, the morning after the shooting death of ‘Laddie Gillett’ police corporal ‘ 27 year old Kareem Martinez’ was detained. This morning (Friday, July 16th.) he appeared in Belmopan magistrate court and did not enter a plea for the offences of manslaughter and other charges for the shooting of 14 year old ‘Laddie Gillett’. After the court read the current charge against him, his attorney ‘Hurl Hamilton’ applied for bail and it was granted in the sum of $4,000.00 (four thousand) plus a surety of the same amount, totaling $8,000.00.

A 14 year-old minor is dead and there are many questions as to how he was reportedly shot by a police officer in Placencia Village last night (Wednesday July 14th.)
Sometime after 9.30pm. Laddie Gillett was shot in his back and died at the scene. The teenager is reportedly from the ‘Chaa Creek’ area; and is a student in the Cayo District. The location of the incident is many hours away from ‘Chaa Creek’.

On Wednesday 14th July, 2021 at about 10:31pm, acting on information received of shots fired on the north beach side of Placencia Village, Near the Placencia Beach Club and someone transported to the Placencia Polyclinic with gunshot injury. Placencia CIB visited the Placencia Polyclinic where Police observed the motionless body of a male person lying on the clinic’s bed facing up and bleeding from his nose. Upon making physical checks on the body along with the doctor police observed what appeared to be an apparent gunshot wound to the upper left side of his chest and back bleeding profusely.

Initial investigations revealed that on Tuesday 14th July, 2021 at about 9:50pm, police received a call via 911 from the Security at the Placencia Beach Club of suspicious individuals seen near the said establishment dressed in black clothing in the dark area. As a result, information was relayed to personnel onboard the mobile who responded to the report. The Officers reported that upon their arrival at the location they met with the security guard who reported seeing about three male individuals in the dark area near his work site acting suspicious.

As a result police began to canvas the area and during the process two male individuals rushed out of the dark and ran on a western direction evading the police who were standing by the beach side. As a result, other police officers pursued them and in the process, one of the Officers fired a single shot with his service issued firearm which is a black in color 9 mm pistol in the direction of the individuals hitting one of them, while the other male individual was apprehended by the police. Thereafter, the injured individual was rendered assistance by the police and escorted to the Placencia Polyclinic for medical attention but succumbed to his injury upon arrival. The victim was Laddie Gillett 14yrs, Belizean Student of Chaa Creek, Cayo District. The other individual was escorted to the Placencia Police Station.

The Commissioner of Police has since ordered that both a Criminal and Internal investigation be conducted into this report.