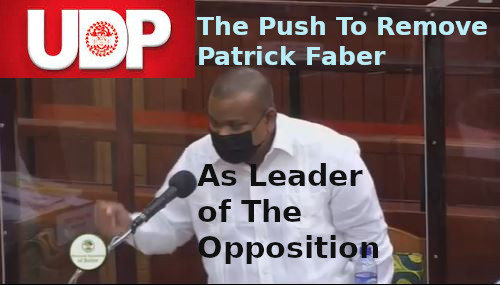 A letter that appears to be genuine has been sent to channel1Belize.com, stating that 3 of the 5 current U.D.P members of the House of Representatives have petitioned the Governor General, in accordance with the Belize Constitution, Part V, Section 47; to inform the GG that the United Democratic Party believes that the leader of the opposition ‘Patrick Faber’ no longer has the support of the majority of the Opposition members of the House of Representatives and the party.

The process of informing the ‘Governor General’ is an indication that the legal requirements to remove ‘Patrick Faber’ as leader of the opposition is in-process. The letter, which we believe is genuine was signed by Denise Barrow, Hugo Patt and Moses Jamal ‘Shyne’ Barrow.

THIS IS A DEVELOPING NEWS STORY: MORE DETAILS SHORTLY