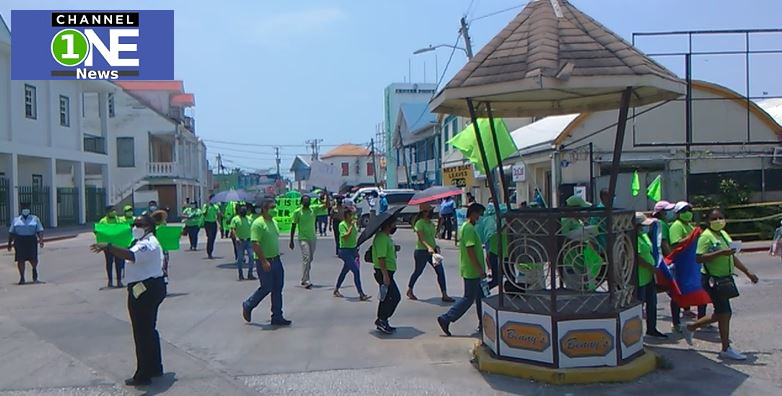 At approximately 9am. this morning several hundred (1400) union members of the PSU and the teachers union braved the blazing bright sun-hot, and they assembled at Memorial Park.

Then the crowd marched peacefully in the presence of many police officers and traffic management officers.

They marched down North Front street, then over swing-bridge, down Albert street towards downtown Belize City in protest of the 10% wage reduction necessary for the government to balance it’s budget.

The turnout was larger than previous marches, which was predicted by PSU president Gerald Henry in previous interviews; he said “that once the strike begun the workers would participate in larger numbers.”