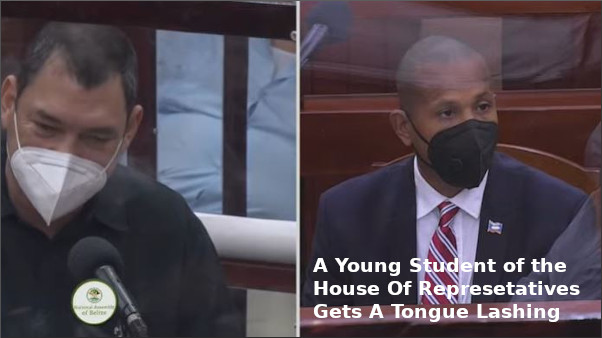 The sparks at this mornings opening of the ‘House of Representatives’ started early as the member from Mesopotamia ‘Shyne -Barrow’ rose to question the Prime Minister and later the ‘Minister of Infrastructure and Housing’ Julius Espat.

The response from the P.M and the minister was a schooling and tongue lashing for the Mesopotamia area representative ( former-music-Rapper) Moses ‘Shyne; Barrow’ a newcomer to politics and the ‘House of Representatives’ .

The language became so testy that the ‘Speaker of the House’ had to stand up several times and remind all members of the house that when she stands all must sit and be silent.