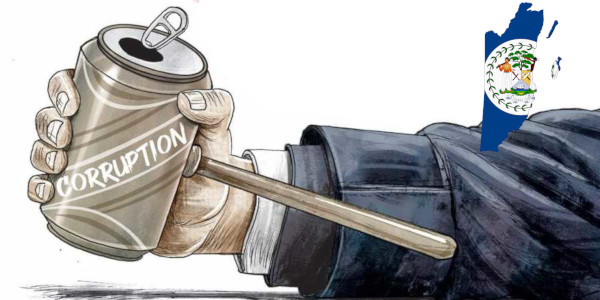 DPP makes application for search warrant to be conducted- but whose home is next on the list to be searched is the question?

Yesterday the home of former Lands Commissioner, Wilbert Vallejos in Patchakan Village in the Corozal District was searched and police found a huge some of money, $69,800 Belize dollars in cash along with $1,170 US dollars and $10,000 in pesos.

Those revelations are just the beginning of an effort to put a ‘COG’ in the massive and widespread wheels of corruption in Belize.

Some big shot premises will be invaded by this new administration by the end of this week and because the media was barred out of that “confidential” application made in court today; the identity of those persons are unknown.

The application was made this afternoon at around 1:30 by the Director of Public Prosecution (DPP) herself, Cheryl Lynn Vidal.

Vidal’s first appearance was at 1:00pm, when she appeared before Senior Magistrate, Aretha Ford in courtroom #2 she made the announcement for the reason of her presence in court.

Senior Magistrate, Ford in open court asked her if she had filed the application yet but according to the DPP she had not done so and left to return in 15 minutes to make her application.

After some 20 minutes she returned, and the only media personnel present in courtroom was asked to leave.

The police court orderly, informed the court reporter that she was not allowed to witness this matter and was escorted out of court.

The DPP, and two other personnel from that office, which included her driver and a bodyguard along with the Senior Magistrate, Aretha Ford were the only person allow in the court room.

Some 15 minutes later the application concluded, the DPP who tried hard to avoid our cameras, stepped out the front entrance and when she saw the camera chose to use the side front door entrance on TRESURY LANE where she walked back to her office located a stone throw away from the court room.

Whose home is next on the list to be searched? – Our attempts to get that question answered was futile outside the courtroom.

Freelance Court Reporter, Anita Nembhard approached Senior Magistrate, Aretha Ford in an attempt to gather information in the tight lip application but when asked if she could be provided with any information on the application that was just made before her, she was told, “No.”

So she inquire if that’s why she was put out of court so a abruptly.
And according to Senior Magistrate, Ford, ” Any application like this is very confidential.”

Getting no information I inquire from a former MAGISTERIAL appointee, if the action taken by the court was justified to bar the media out of the court in such a manner.

That person who was once an attorney told us, she is not certain as to the why today I was put out of court, but there are several reasons why the media would not be allowed in court on matters for example, cases related to FIU matters or those involving minors.

And while the nature of Vidal’s application are uncertain. We understand it has to do with a search yet to be executed at someone’s house.